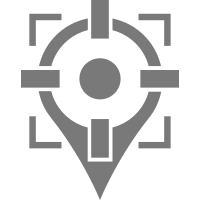 Agent, it's up to you to go undercover and save the day! Learn more about ZeeOps today at zeeops.munzee.com

Munzee was officially founded in July 2011 by Aaron Benzick, with co-founders Scott Foster, Chris Pick, and Josh Terkelsen. The original idea was to develop a game based around QR codes on poker chips or rounded coins. The name Munzee was derived from the German word for "coin" or Münze. The extra “e” was added to make the name more catchy.

In the first few months, most players and deployments were in Germany and the United States, but over the years the game has caught on worldwide with more than 360,000 players and over 240 million captures. There is at least 1 physical munzee deployed on every continent in the world, including Antarctica.

The game was forever changed as the company pivoted away from coins and rounded chips to high end QR Code stickers. Utilizing weather-resistant vinyl stickers Munzee's official game pieces are hidden around the world and built to stand the test of time. Players can purchase a variety of different munzee types in the Online Store.

In October 2013, Rob Vardeman took over the reins as President of Munzee. Throughout his years at the helm Rob has introduced a number of key gameplay features including Clan Wars, Badges, new Munzee types including the Mythological Munzees and so much more. The goal for Munzee has always been to encourage physical activity in relation to technological advancement and real world discovery.

Beginning in the Fall of 2017 Munzee Inc. finalized a merger with Freeze Tag Games, a leading creator of mobile social games that are fun and engaging for all ages. Freeze Tag has proven to be the ideal partner in expanding the game to new heights and encouraging active gameplay the whole family can enjoy.